October 12th, 2019 was a red-letter day for every athletics fan. That day, for the first time in history a human completed the marathon in under two hours! Eliud Kipchoge the current world record holder did the unbelievable and shaved off a good 2 minutes from his best time. It wasn’t just a triumph of human doughtiness and perseverance. The run was also emblematic of technology and analytics aiding humans in pushing the envelope. Specially made shoes and pacing lasers ensured energy efficiency. The chosen route and formation of pacemakers minimized wind resistance. The location was picked because of its closeness to Kipchoge’s time zone… a number of sagacious data-driven decisions contributed to the feat.

The current state of the fashion industry couldn’t be more similar. Technology and Data are bringing new levels of agility. However, it is not just Fashion’s Kipchoges who are running faster. Many newbie tenderfoots too have access to the same technologies and are not only getting faster but are also changing the game so much that often the big guns are forced to play catch up. That’s the gist of the section on Fashion System of McKinsey’s 2019 “The State of Fashion” report… continuing from my previous post that covered the Consumer Shift section of the same report. This post addresses the New Fashion System.

Fashion has long been a big boy’s game. The report mentions that between 2005 and 2015, the top 20% companies pocketed 100% of the industry profits. The figure was 144% and 128% for 2016 & 17 respectively. The combination of scale and brand recognition gives the leaders a leg up in operational efficiency. Scale allows them to flex their muscles for better deals and data from suppliers/ retailers. Brand recognition creates the consumer pull. Overall, it’s a well-moated ecosystem at the top and a steep climb for any underdog. This is reflected in the fact, that in the top 20 fashion list, 12 companies have appeared continuously every year over the last decade.

But technology might be making this club of Kipchoges more accessible to the tenderfoots. As observed in the report, smaller & newer companies are using social media to blunt the brand recognition that the giants enjoy. While there is increased engagement between consumers and brands of all sizes, the follower count & interactions are growing 4 to 6 times faster for the smaller brands. Social media gives these newbies the reach to inexpensively convey their novelty and differentiators bypassing all the advantage that heritage provides the established players.

On the manufacturing front, technologies like 3D printing and robotics are turning near-shoring and even on-shoring into reality. Trade wars and rising Asian wages are acting as catalysts. This shift will bring down cost barriers that prevent smaller batch sizes and shorter factory-to-consumer cycles. Most tenderfoots were born with a “digital spoon” and are adept at converting their social media interactions to a series of micro demands over short time windows. Thus, they are better prepared to take advantage of the new possibilities around smaller batches.

If demand and fulfillment cycles are getting dramatically shorter, could anything be more important than a robust visibility and exception management system? If timelines are getting compressed, agility assumes even more importance. When the PO to GR cycle is measured in months, managers can work with information that is a day old or even a few days old. But if the cycle time is in days, accurate to the minute visibility could be the difference between the consumer declining a late delivery and a premium price sale.

It is not just the latency of information that needs to change. Visibility has to reach the dark depths of the supply chain. 3D printing and robotics will reduce labor requirements, but to make garments you still need fabrics and other input material. Today’s rudimentary visibility to the supplier processes will fall short. The report points out that fabric production may be near shored by 2025. That certainly will improve visibility but will not be enough. Real-time information about processes at the supplier, the supplier’s supplier and further all the way to the yarn maker will be necessary. In-transit visibility will be another important area.

The good news is that most of the bits and pieces are already in place. Many suppliers have already IoT enabled their factories and adopted modern ERP systems. So they have the data. For the brand-owner it is more of a question of data acquisition and analysis. Similarly, on the transportation front, there are a number of players who are leveraging data from ELD and other sensors to accurately predict ETA.

What does it take to turn these bits and pieces into a visibility program that will keep up as everyone from tenderfoots to Kipchoge get faster? An Operational Intelligence Platform with wide data acquisition, complex rule management and real-time alerting capabilities!

Data Acquisition: As noted earlier, the number and variety of data sources is only going to increase. Specialized adaptors that can acquire the data at the pace they get created will be necessary. As in Kipchoge’s run, a wide swathe of data will be the bedrock on which supply chains will speed up.

Rule Management: Shorter lifecycles do not mean that the complexities of business is going away. Going by the report, complexity will only increase because newer models like garment rentals will co-exist with the old. Further, business processes are likely to be updated much more frequently. So the ability to map new rules and alter existing ones quickly will be a key requirement.

Exception Management & Alerting: Most managers are already overwhelmed with the amount of data they are dealing with. They are unable to conduct a proper analysis in the time available. The problem will get worse since the process cycle will be shorter and quantum of data will be larger. The only way to take action is to automatically surface exceptions in near real-time. Any later and the malaise would have progressed too far.

Is your organization fashion’s Kipchoge or tenderfoot or someone in between? It really doesn’t matter. Irrespective of size and age, the future belongs to those who will run faster. And to run faster you will need to see earlier. OpsVeda’s events driven Platform, perfected over this past decade with a superior repository of scriptures for operations, is here to make you run faster. 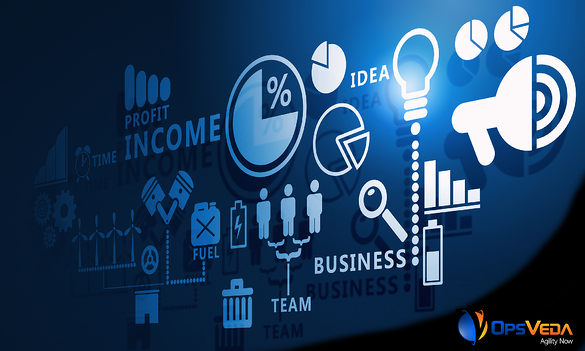 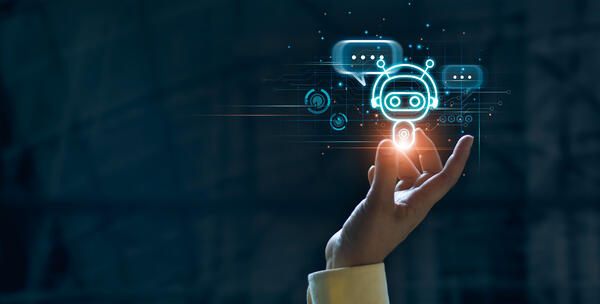